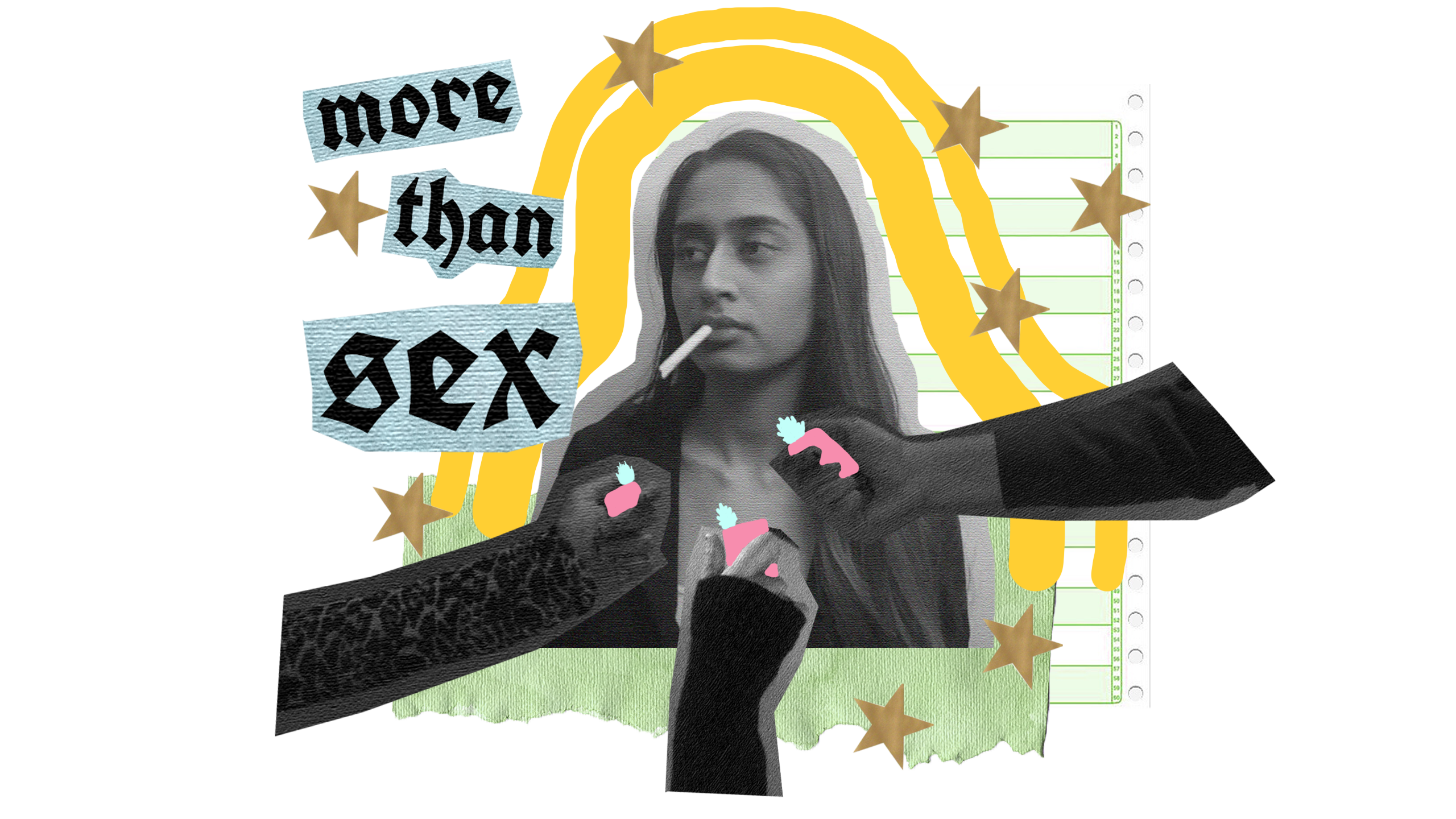 Hung up on hookup culture: Why some Rye women say casual sex isn’t for them 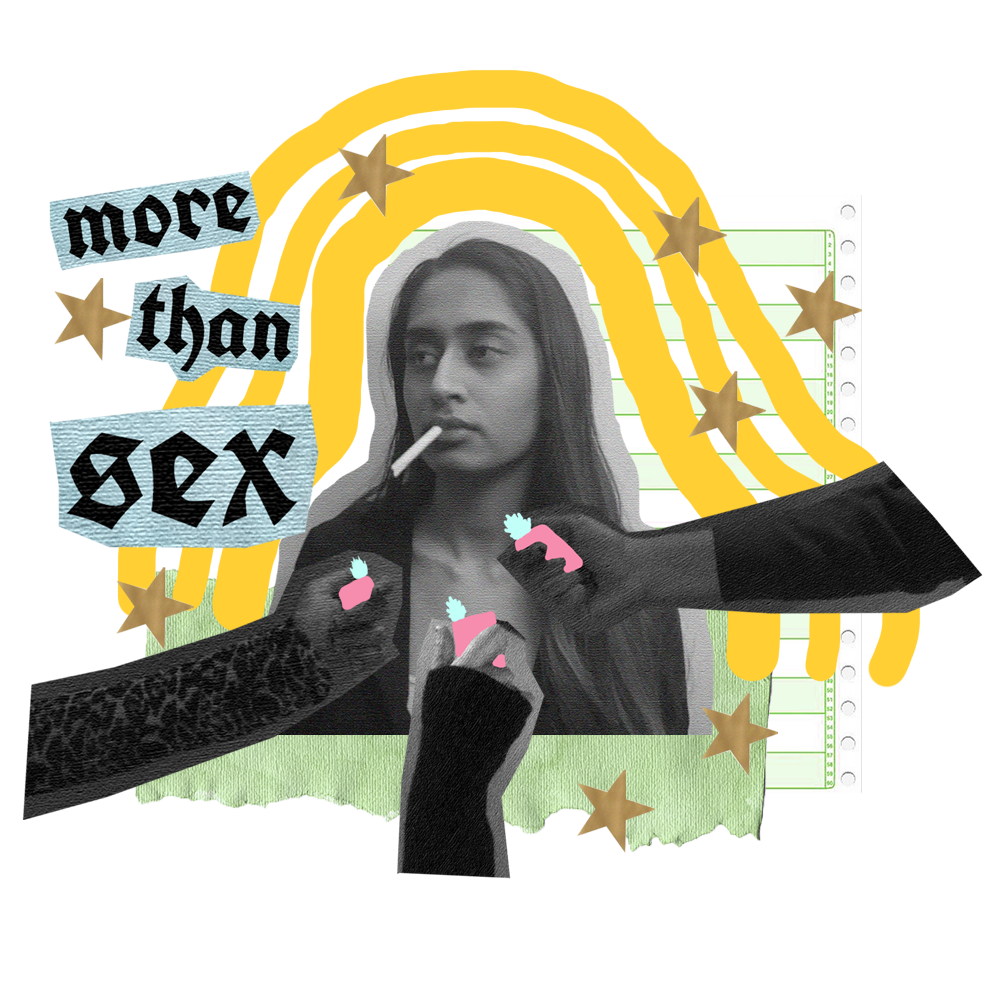 Hung up on hookup culture: Why some Rye women say casual sex isn’t for them

With more than 13 million Canadians having tried online dating, a weakening stigma surrounding women having casual sex and an influx of unrestricted sexuality represented in pop culture, it seems as if the pre-pandemic world was the best place to be to be knockin’ boots as a university student.

Movies like Neighbors, Animal House and The To-Do List have taken the concept of casual sex and turned it into a thrilling, fun and essential part of the university experience. However, according to American Hookup: The New Culture of Sex on Campus, released in 2017, nearly a third of surveyed college students in the United States opted out of hookup culture entirely. While the media may portray sex as a no-strings-attached experience that leaves both parties feeling satisfied, some women at Ryerson aren’t finding hookup culture as enjoyable as it may seem.

“I personally just don't feel comfortable being sexually vulnerable with someone who's not committed to me,” said third-year psychology student Janay Ferguson. “Sex comes with emotions and I think it is an emotional thing. I'm a very intuitive person and in touch with my emotions like that.”

“I know people have different perspectives on it, like, ‘Oh, it's just two bodies, trying to get to one goal.’ But a lot of times for people it's more than that.”

Attaching emotions to sexual interactions with someone isn’t uncommon for the average person, despite what the media may portray.

Psychotherapist Kat Kova runs her own practice in Toronto called Kat Kova Therapy. She and her growing team of relational therapists work with both couples and singles, looking at the wider social structures and relational environments that impact people's lived experience.

She acknowledges that people’s desires and needs differ greatly, which is why hooking up isn’t for everyone. She says that some folks have “an on and off switch” in their brains when it comes to flipping between casual and committed relationships, while others have difficulty differentiating between the two.

“I think there are some people who really want to make an investment...into quality long term relationships instead of more loose, casual encounters that are maybe incredibly satisfying for a period of time, but don't have that same sort of depth,” she says.

“Some people just need to have an emotional and mental connection with the other person in order to feel safe enough to share their bodies.”

Ferguson says she’s also had negative emotional experiences in past relationships—another factor that contributed to her discomfort with casual sex.

“I feel like [with people I’ve slept with in the past], all of them gave me bad energy after,” she said. “I was like ‘OK, I feel like shit about myself. I don't feel like myself anymore, I don't know what's going on.’”

“That's why I'm kind of picky about who I sleep with...so that I know their intentions and energy are good so that I’ll know I’ll feel good after I'm done the deed.”

Ferguson is not alone in experiencing this gut feeling. Corinne Werder, managing editor at the lesbian publication GoMag, acknowledges that “sexual energy is powerful,” and can sometimes make people quite vulnerable. In her article published in 2017, Werder writes that “as much as we want to be the cool no-strings-attached girl, sex can get messy. Real. Quick.”

Kova also acknowledges that students with a more anxious attachment type may have a harder time engaging in casual sex. One of four types of attachment styles recognized by psychologists globally, anxious attachment can translate into relationships in adulthood through the craving of intimacy, needing lots of reassurance and being too dependent on a partner.

“[People with an] anxious attachment might think, ‘Oh gosh this is too overwhelming for me, why haven’t they called me back?’” Kova says. “They might feel a lot more safe and secure when they share a deeper connection with somebody, and may only look for folks who are also wanting the same.”

A deeper connection is exactly what third-year business major Laura Kim needs before she decides to sleep with someone.

“It’s hard for me to engage in hookup culture because I feel like I really need to have a connection with someone before I can even speak to [them] or acknowledge this base level of respect,” said Kim.

In a study conducted by the University of Buffalo in 2019, more than 52 per cent of young men ranging from middle school to college age described feeling an “omnipresent pressure to engage in sexual activity.” The participants in this study reported that this pressure came from family, friends, teammates and the media.

In addition, the study reported that when entering college, young adults living away from home are “experiencing a culture of sex and ‘hook up’ expectations on a different scale than in high school.”

On the other hand, a 2017 study exploring gender gaps in hookup regrets in college students found that women more often regret these encounters, specifically ones involving vaginal sex, due to expectations set out by gender norms. For example, the social norm that men should initiate sexual activity means that they can have more power during sexual encounters, possibly leading to less enjoyment and more dissatisfaction after the fact for women.

The “sexual double standard” is often internalized by women and describes how society tends to praise men for their sexuality while simultaneously shaming women. The study found that this meant women more often feel that their behavior has caused their partner to lose respect for them.

Finally, women reported less sexual satisfaction from hookups involving vaginal sex—especially when hooking up with a new partner for the first time. The paper explains that “a lack of partner-specific skills and knowledge” could lead to a sexually unsatisfactory experience for women.

In addition to the disparity of experiences with casual sex between men and women, Kim feels as if dating apps have also made it difficult for people to share a real connection.

“I think apps have made it seem like people are so disposable, and I don’t really like that,” said Kim. “It's so easy for your mental health to deteriorate.”

“You really just feel like you're that next person in line and it's this waiting game of how long can we engage with each other until one of us gets bored and just up and leaves.”

As a Black woman, another layer of difficulty and frustration Ferguson faces in the dating scene that prevents her from participating in hookup culture is the fetishization of her race.

“Especially on dating apps...the first thing that they say to me isn’t ‘Hi,’ it’s ‘I’ve never been with a Black girl before,’” she said. “It’s not even like a guy is actually interested in me, I’m just a free sample for him to say that he did it—like he marked it off his bucket list.” Meanwhile, other men may say Black women “just aren’t their type,” according to Ferguson. Ferguson believes this idea that Black women are either fetishized or undesirable, with no in-between, is largely peddled by the media.

“If you were to come up with similarities between all of these roles [Black women were casted in], the underlying common factor that can be found is the proponent of sex. Black women in the media are portrayed as sexual objects and this is not on accident,” wrote Annalycia D. Matthews in Hyper-Sexualization of Black Women in the Media, part of a Student Work Collection on Gender & Sexuality with the University of Washington.

In addition to hyper-sexualization, Black people have historically been subject to dehumanization. As a 2018 study in Psychology of Women Quarterly states, “history is replete with examples of Black people being viewed and treated as less than fully human.”

Black women specifically “are more commonly presented in visual media as animals and are objectified to a greater extent than white women,” the study says.

Ferguson is now concentrating on claiming her “divine femininity” and focusing on herself instead of the expectations and pressures of casual sex.

“I’m kind of taking a break from guys. Now I’m on this journey to embrace and own my femininity,” she said.

“I’m happy with my choice.”