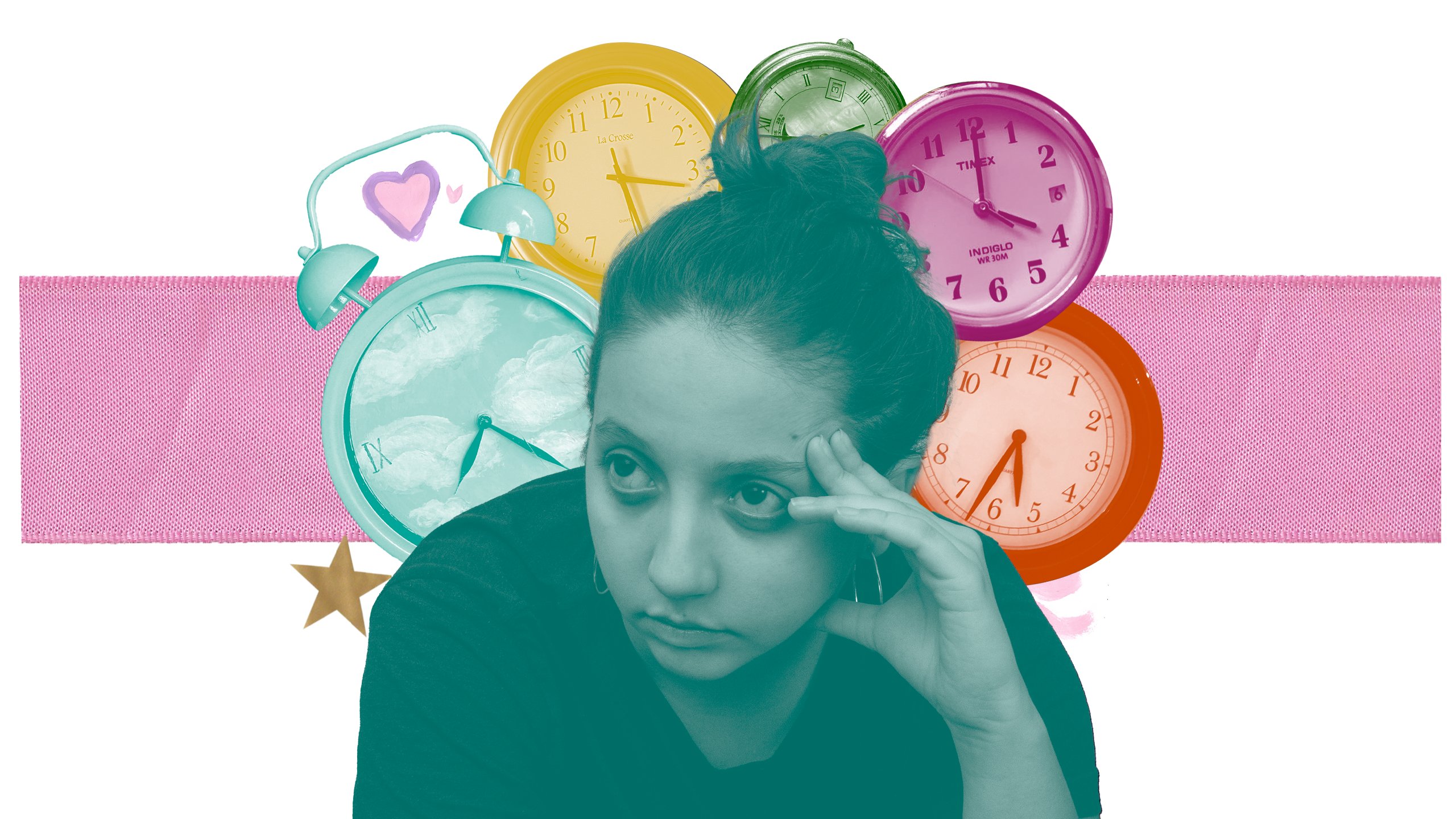 We have our whole lives ahead of us to fall in love; other things can come first. 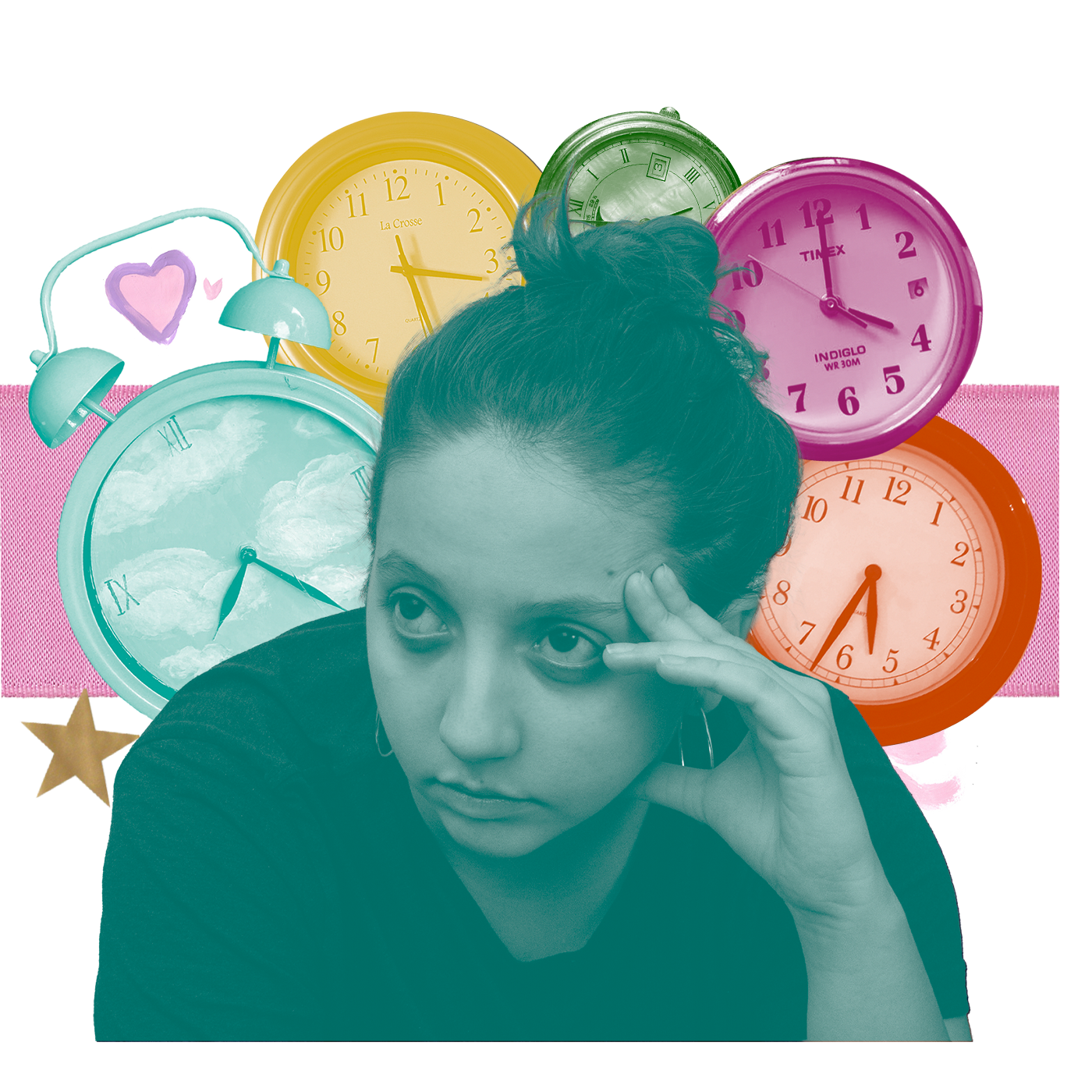 We have our whole lives ahead of us to fall in love; other things can come first.

Gabby Noga wove through the crowds of girls in the camp cafeteria, heading towards the middle of the room. As she reached the buffet table which separated the boys’ half of the cafeteria from the girls’, a boy approached the table from the other side of the plates of under-seasoned chicken and salad. Noga barely glanced at him, aware that making conversation with a boy would be against the camp rules, which prohibited interaction between boys and girls. The day before, the leaders of the camp had separated a brother and sister who were walking together and announced that even siblings weren’t exempt from the rule. She loaded up her plate in silence.

At 12 years old, this was Noga’s first time attending this Christian camp. She was raised in a nameless branch of Christianity where she was only allowed to start dating (or “courting,” as Noga puts it) once she was done with her undergraduate degree and could attend a religious training institute. “Legally it’s not a cult, but there’s some speculation about it,” she says.

Noga assumed she would wait until after university to date, like the rest of her peers in the church, especially because her school and extracurricular commitments kept her too busy for a relationship during her teenage years. In university, however, her worldview shifted. As she met people outside of her old community and took a new interest in social justice, her fundamental beliefs began to change and she eventually decided to distance herself from the religion.

Now in her third year of creative industries at Ryerson, Noga no longer associates with her family’s faith. She doesn’t plan to attend the religious institute where her sister is currently training, and she doesn’t avoid talking to men.

However, Noga says she’s still waiting until she finishes her undergraduate degree before she starts dating. Just like her peers in the church, she’s decided to put her love life on hold during university, but religion isn’t the driving force behind her decision.

Part of the reason that she’s holding herself to this rule is that she wants to do as much as possible during her university years, so she can graduate with as many opportunities as possible. She’s usually working on at least two theatre productions at a time, as a performer or a crew member, which can add over 16 hours of rehearsal to her weekly schedule. In addition, she tries to take six or seven classes per semester and maintain her GPA.

Adding a relationship on top of her existing commitments would be too much for her schedule and it would require emotional energy that she’s not willing to expend. “My school and my extracurriculars rely on me being able to be creative and emotionally invested,” she says. “I can’t be worrying about my personal relationships.”

Not dating allows Noga to keep her eye on the academic ball and spend time pursuing her passions. But being so career-minded isn’t always easy, especially because most of her friends aren’t as focused on their academics as she is.

“I kind of wish that I didn’t have to care as much about constantly doing so much,” she says. “I’m like, ‘[My friends and I] just have different goals, and I’m sure we’ll end up wherever we need to be.’ But sometimes it drags me down a little.” 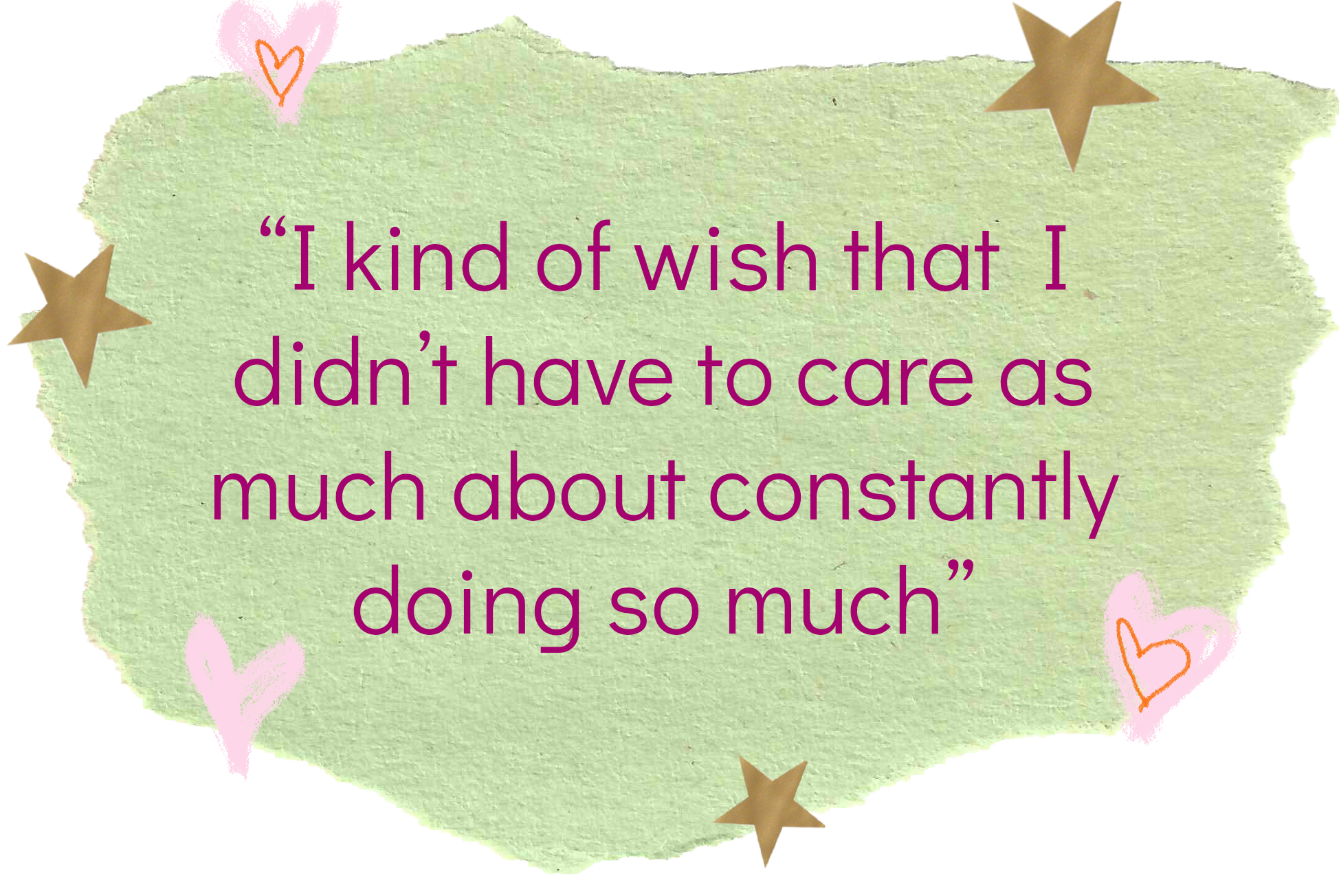 Noga is far from the only person to delay her search for a relationship, or avoid dating before a certain milestone. Younger Canadians are getting married far later, on average, than the generations before them.

According to Statistics Canada, the average Canadian woman in the 1960s would get married at 23 years old, which is roughly the age of someone just out of university. The same survey found that in 2008, the average age for women to get married had increased to over 29.

Sarah Knudson, a sociology professor at the University of Saskatchewan, says young people are delaying their love lives partly due to a cultural shift and changing expectations about relationships from the past few generations. She says that over the decades, parents and peers of young adults have become less likely to pressure them to start dating or start a family.

In addition, more and more young people are attending higher education in Canada, which Knudson says can also play a role in why more people are choosing to delay their search for a relationship.

But for some, that decision is made unconsciously. Even a student who says they’re open to a relationship during university may put their search on the back burner while dealing with deadlines, stress and part-time work, Knudson says.

A 2016 survey by the American College Health Association found that almost 60 per cent of the university student respondents had felt overwhelmed by everything on their schedule in the two weeks before they were surveyed.

But while delaying dating may allow someone to accomplish more during their university years, get better grades, and keep themselves emotionally stable, it can also cause anxiety and a fear of missing out on love. 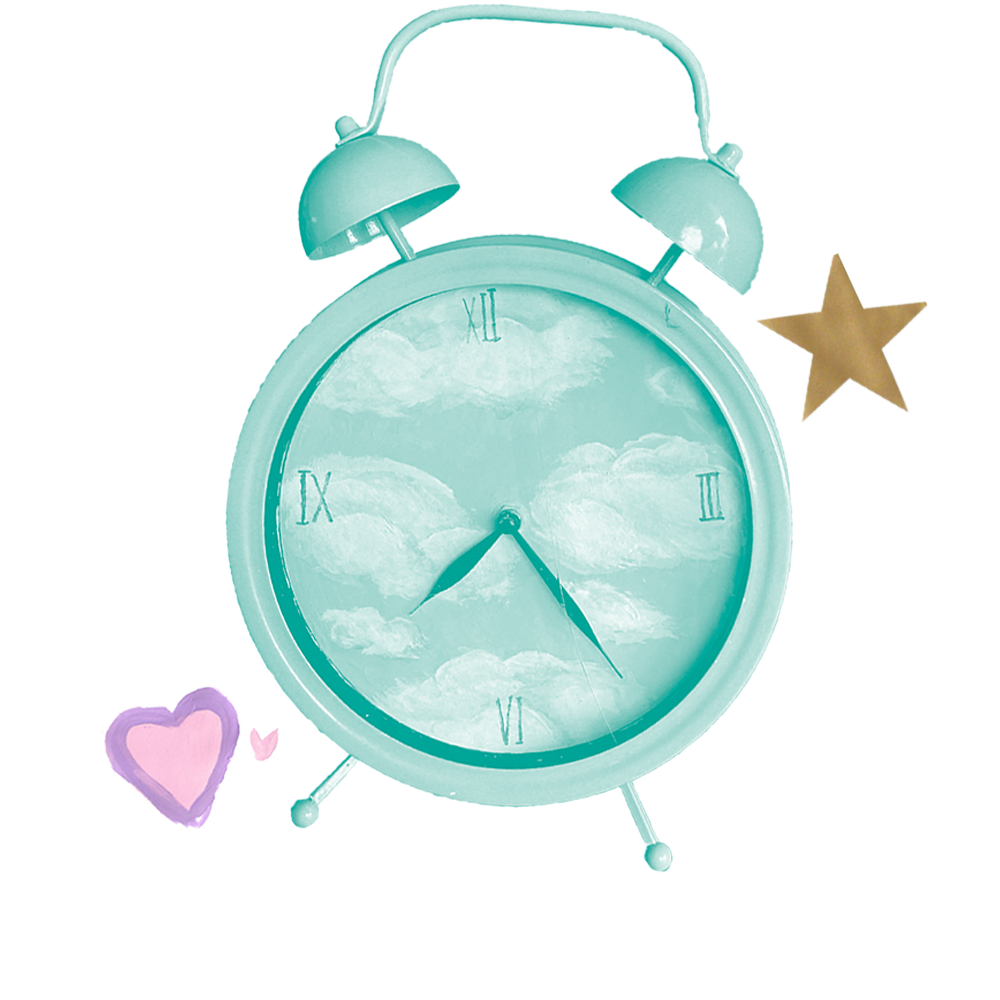 When she moved out of her parents’ house for the fall 2020 semester, Rebecca Tran seized the opportunity to download Tinder and try online dating. With COVID-19 restrictions clamping down on in-person interaction, Tran used Tinder as a way to satisfy her social needs virtually while taking advantage of the freedom of living alone.

After a few failed Tinder matches, Tran connected with someone from Brampton, Ont. who had interests similar to hers. They texted for a few months, hung out in-person once or twice, and then he brought her to see his family.

While she was at his house, Tran enjoyed meeting his sister and playing with his German Shepherd puppy. But afterwards, she started worrying that she had gotten too comfortable with him in too short a time.

“It felt very serious very fast,” Tran remembers, and this anxiety pushed them both into reevaluating what they wanted from a relationship.

Tran is in her fourth year and about to graduate from the industrial engineering program. “I should be looking for jobs now, and I really need to start considering concrete steps to get myself to the place that I want in the future,” she says.

Focused on her academics and future career, she didn’t feel like it was the right time to get serious about dating, so the relationship slowly fizzled out.

Living on her own, Tran didn’t have to sneak around to avoid her parents like she did in high school. But despite her newfound freedom, Tran has decided to avoid dating for now, at least until she’s graduated university. “Right now I’m in a very unstable place in life,” she says, referring to her upcoming graduation. “That’s a really big switch and I definitely don’t want to mess that up."

With school online and no need to live downtown, Tran has moved back into her parents’ house, which is preventing her from dating openly. Her parents had strict rules about dating when she was younger, and continue to discourage her from seeking a relationship. They told her: “This is a crucial age for you to be focusing on yourself. Relationships come later.” 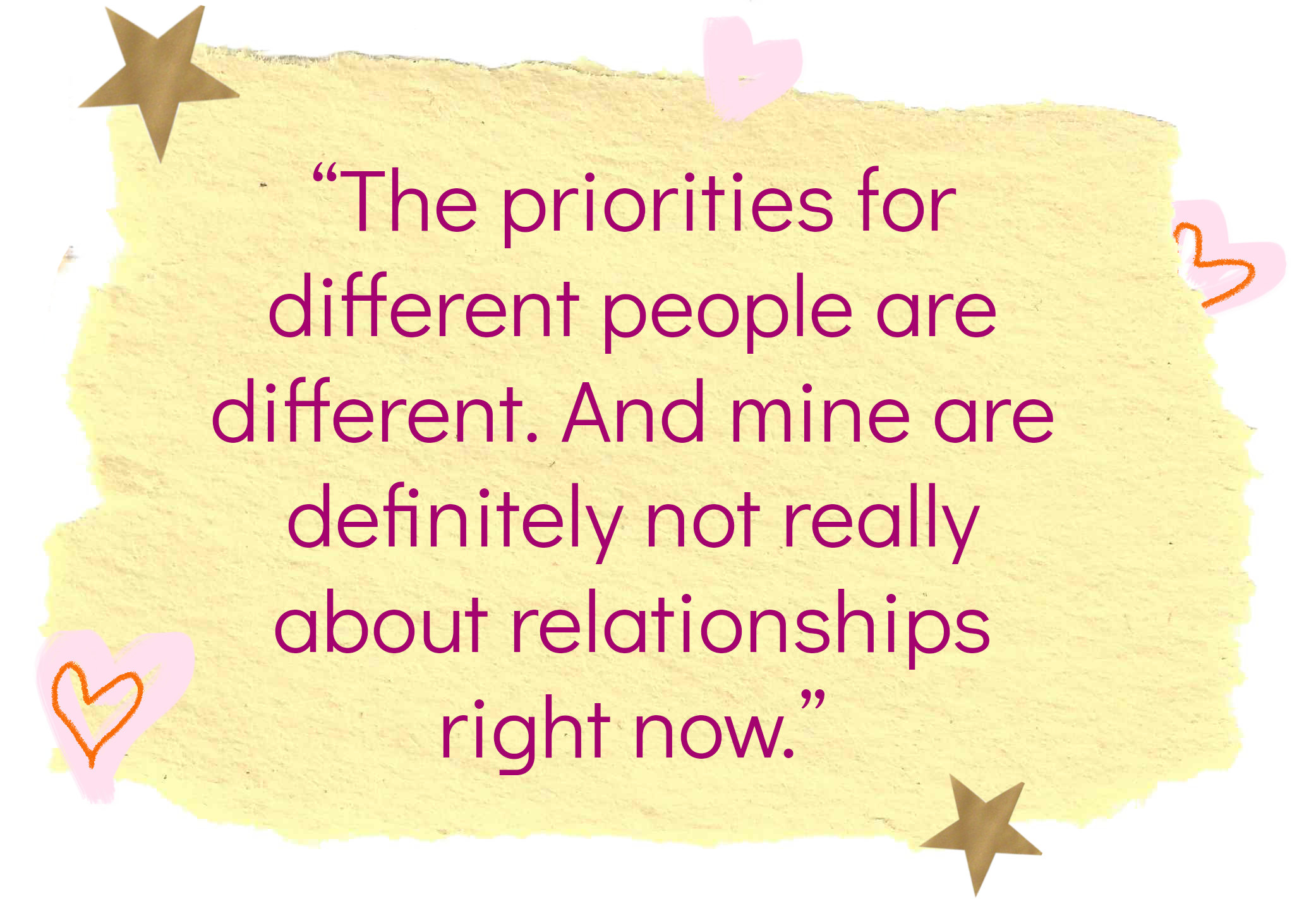 Knudson says that as much as your parents influence you, their beliefs are also influenced by their own education and income.

Knudson cites the findings of sociologist Kathleen Gerson, who found that parents who didn’t go to college were less likely to pressure their daughters into seeking higher education, when compared to parents who went to university. As a result, these young women would get married and achieve certain milestones like starting full-time work earlier than those with college-educated parents.

“Parents with degrees [aren’t] going to put that same pressure on [their kids] about marrying younger,” Knudson says. “Because they themselves took a much longer time, on average, to get established.”

People in university now, like Noga and Tran, are likely to encourage their own children to get a degree and look for a relationship later. This creates a cycle of parents and children with later timelines.

Pursuing a degree in engineering makes dating difficult too, Tran says. Engineering students’ hectic schedule and heavy workload contributes to a culture that doesn’t prioritize looking for love. “We’re kind of just ‘all books and no relationships.’”

The Eyeopener previously reported in 2020 that engineering programs at Ryerson facilitate burnout and glorify suffering, making students believe that they’re lazy if they’re not constantly stressed out.

Although Tran has decided to stay single for now, it’s not always an easy decision to stick to. Being single when all her friends are dating is sometimes hard on her emotionally, especially when she “third-wheels” with a friend and their boyfriend.

Seeing them together can cause her to catch glimpses of her own “fear of missing out and a little bit of jealousy, and ‘Oh, why can’t I be in a relationship too?’” she says.

But overall, Tran doesn’t mind waiting. “I think you get more in life, honestly, if you just let it happen,” she says. “The priorities for different people are different. And mine are definitely not really about relationships right now.” 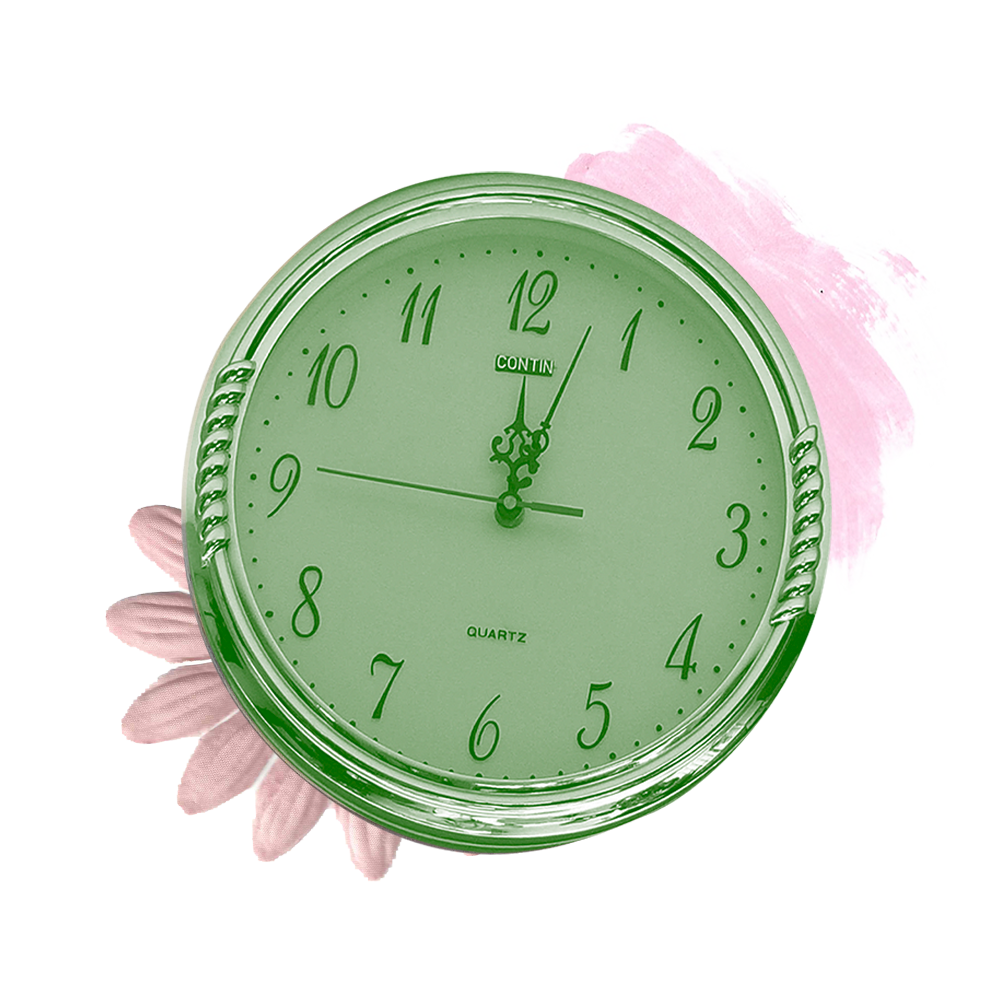 When she developed feelings for one of her friends about a year ago, Noga decided it was time to give dating a go. Because the relationship had grown organically out of an existing friendship, she assumed it wouldn’t disrupt her life or her schedule.

“I was like, ‘Oh, this won’t be a stressor at all,’” she remembers. “I thought I would just continue on with my life.”

They dated in-person for around a week during winter break, and continued texting and using Snapchat when Noga went home to Edmonton. However, over the next two weeks, she noticed he was taking longer and longer to respond to her texts. When she asked him about it, he admitted he didn’t want to be in a romantic relationship.

Noga had been best friends with him for a few months before they started dating, so losing him as a boyfriend also meant losing him as a close friend whom she could rely on. Not only that, but their breakup caused tension in their mutual friend groups, which stressed her out.

“I enjoyed the three weeks that went well, but then the fallout of it just took so much energy and so much time,” she says. “I feel like it was like a four-month-long breakup process for a three-week relationship.”

The stress from the relationship and breakup cemented Noga’s decision to wait until she graduates before dating.

One day, she’d like to be in a long-term, happy relationship, with someone who’s like a best friend to her. But for right now, Noga is okay being single, despite some of the people around her being more interested in dating.