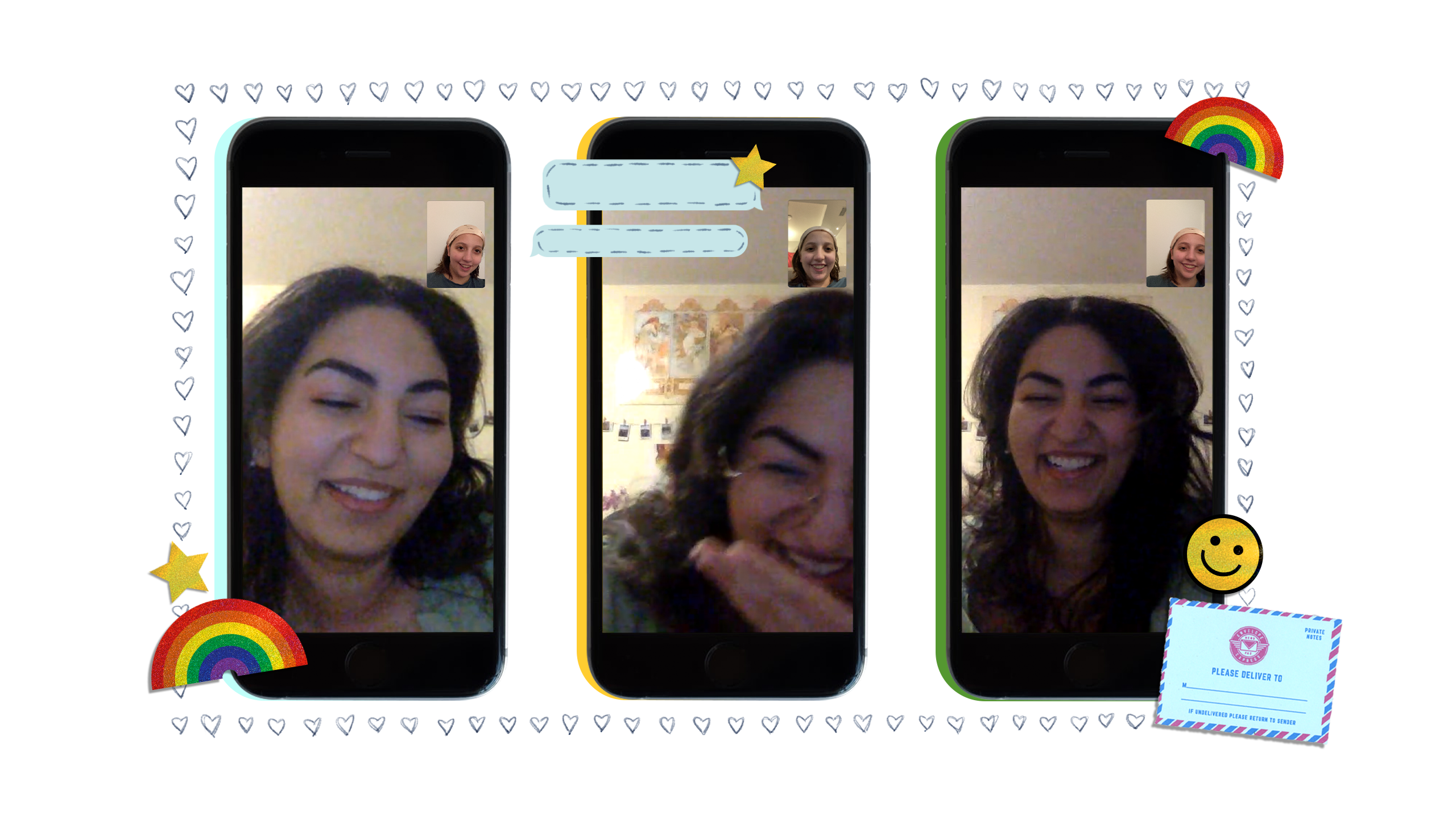 Finding friends can be difficult in the age of Zoom University, but there’s an app for that 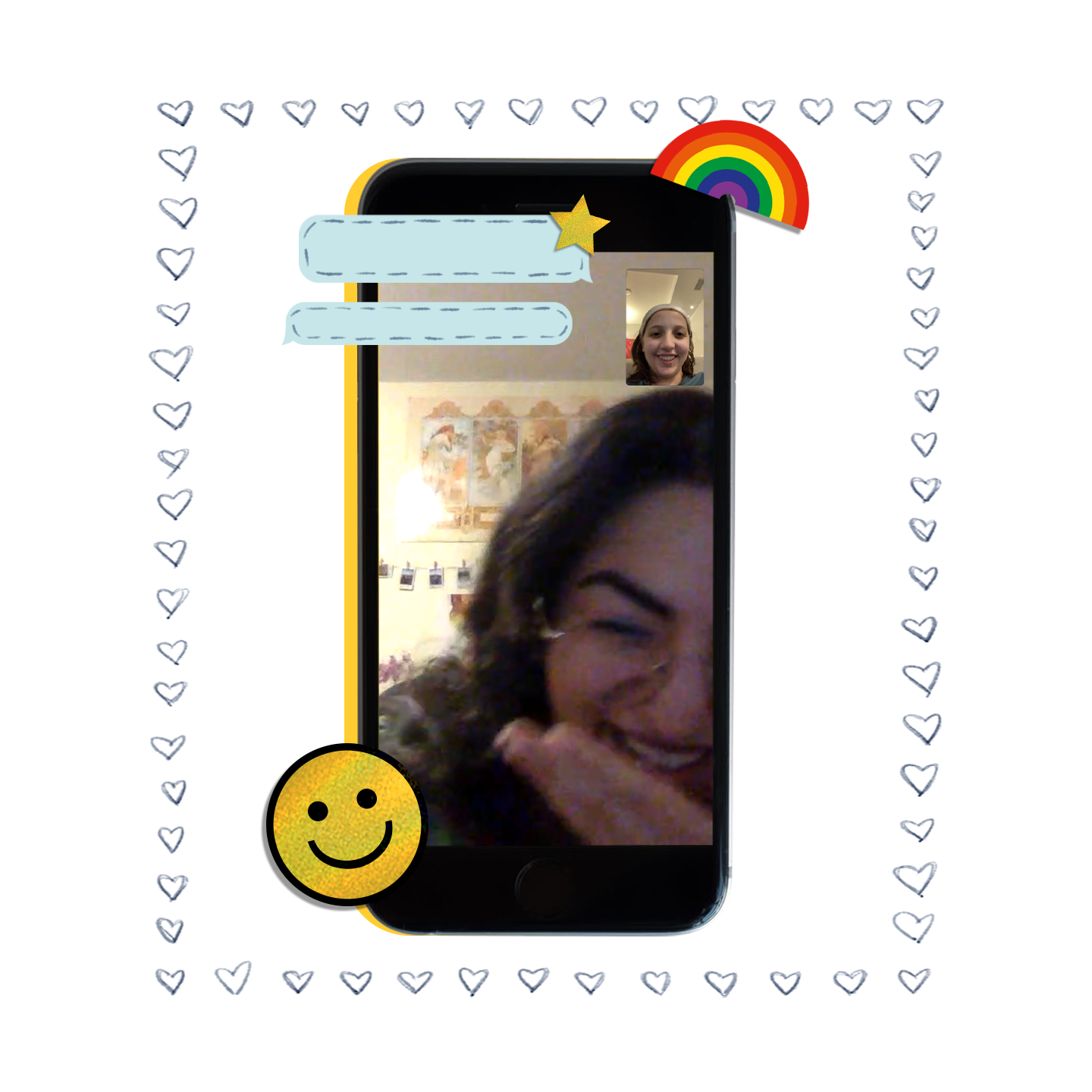 
Finding friends can be difficult in the age of Zoom University, but there’s an app for that

Choyon Uddin was struggling to come up with an idea for his cousin's birthday gift last month. It was Uddin’s birthday just the day before and his cousin had ordered him a burger from SkipTheDishes; a kind gesture that he wanted to return.

Uddin was talking to someone he’d met that day on the new friend-finding feature of RU Mine, a dating app based within the Ryerson community. During one of their first conversations, the friend sent him the link to her own bakery business. Uddin realized that this would be a good opportunity to do something heartfelt that his cousin wouldn’t expect.

Despite the last minute request, Uddin’s new friend made him five cupcakes, a hot chocolate bomb and a miniature chocolate heart. Uddin would drive from Pickering, Ont. to Scarborough to pick up the desserts, and then to Mississauga to deliver them and some Afghan food to his cousin.

“It's all about the mindset to make friends or to be social,” Uddin said. “On RU Friends, it's been working out [for me] so far.” 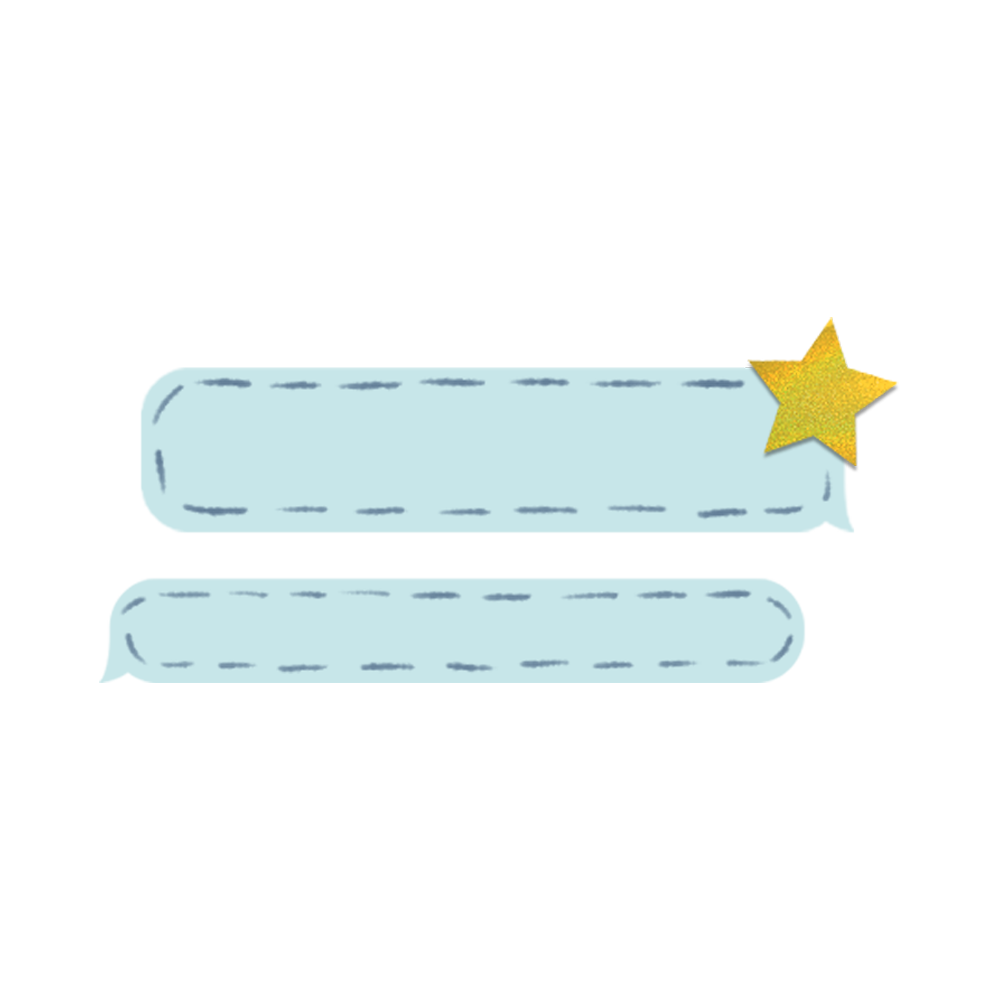 On Jan. 3, “RU Friends”, RU Mine’s friendship-finding feature, was launched. Since then, 217 users have signed up, according to founders James Heaney and Reza Khonsari. Across the entire app, more than sixty thousand messages have been sent and five thousand matches have been made, according to their website.

Uddin initially decided to make a profile on the app to make new friends outside of the computer science program. He and many other university students have to juggle their academic and professional responsibilities with their romantic, familial, and platonic relationships. Carving out the time to make new connections can often fall by the wayside. Fourth-year mechanical engineering student Heaney and masters of civil engineering candidate Khonsari are the creators of RU Mine, a Ryerson dating app launched last March. After having a conversation about their dating experiences, they both realized that they hadn’t dated someone from the school and that the problem was rooted in meeting people on campus.

“It's unfortunate. A lot of these relationships were not being made in our community that we spent so much time in,” said Heaney.

Recognizing however, that not everyone would be interested in dating, the duo had been planning the release of the friend-finding service since June.

“A lot of people just want to find friends. Maybe it's for a project or a soccer team,” said Khonsari. “We just want to make a community so that students can come and find their classmates and people who share their interests.”

Apps like RU Friends work because humans are social creatures, and in a time of restriction these apps are more important than ever to connect with other people.

Peter Chow-White, a communications professor at Simon Fraser University said that regardless of the pandemic, the line between our digital and non-digital lives are either blurred or non-existent. 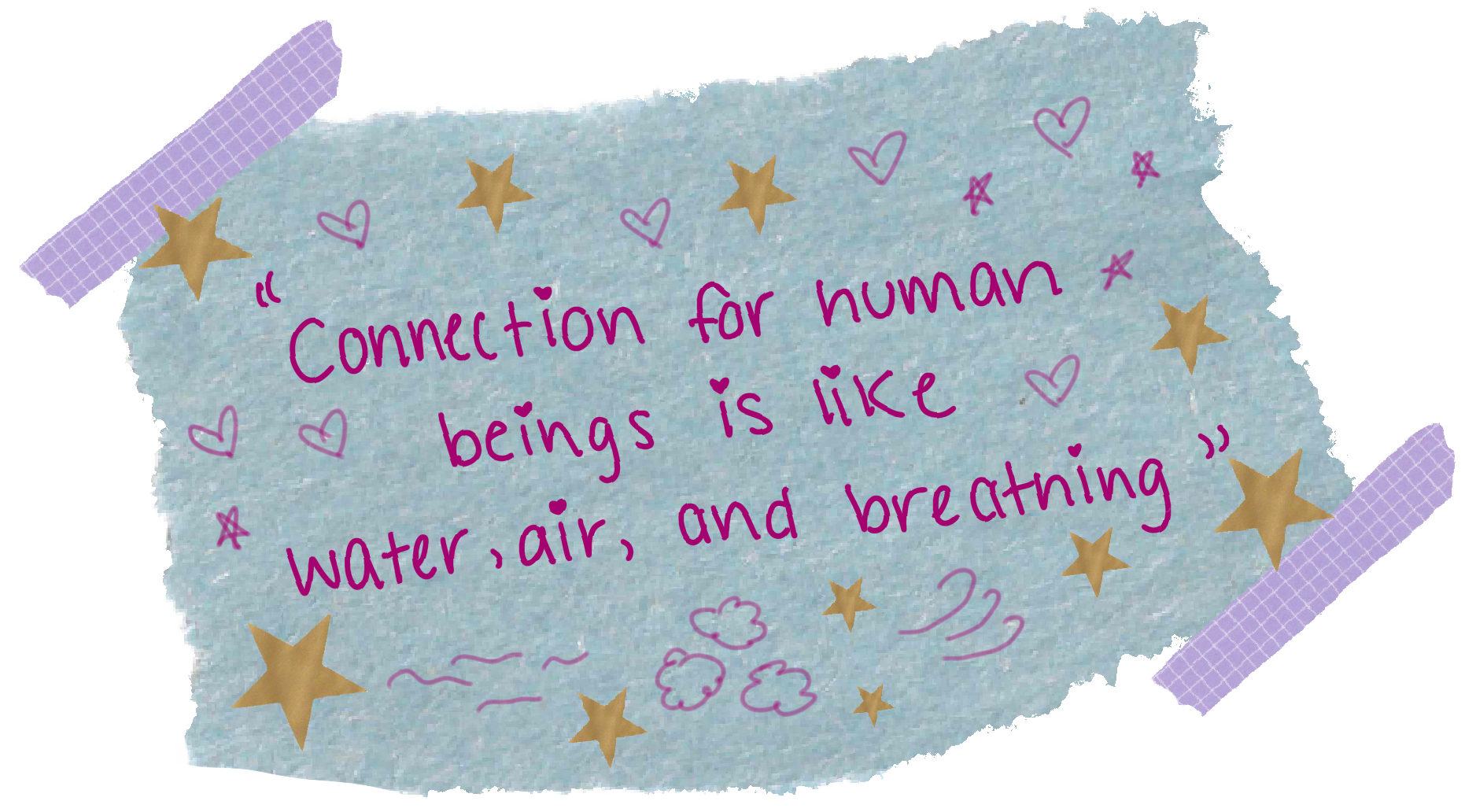 “When we can't see each other, we're physically distant, we have to connect more through digital platforms,” he said.

“Connection for human beings is like water, air and eating. It's a basic human need. Although it's not necessarily seen like that in traditional models, it's incredibly important.”

Preston Holden, a second-year business management student in global business studies, used to rely on being on campus to make friends at Ryerson. He’d make new connections during frosh week, in classes and at the Recreation and Athletic Centre (RAC) playing basketball and table tennis.

But even though he feels like he’s made good friends in university, he said it was hard to pass on the buzz of the app with the amount of new people that were joining.

“[RU Mine] filled the need of making connections during this pandemic. It gives Ryerson students a way to find hope and make friends,” said Holden. “It gives me something to look forward to when we get back to campus.”

He said that he went on RU Mine every couple of weeks to see if there were any new profiles since it initially launched as a dating app back in March. However, Holden said that usership seemed to increase specifically after the implementation of RU Friends.

“We really require other people to have a high sense of well-being, it seems to be a necessary condition...almost a requirement for achieving high levels of happiness,” said Lara Aknin, a psychology professor at Simon Fraser University.

Aknin cites the World Happiness Report which includes the top predictors of happiness every year. One of those conditions is having someone to count on in a time of need. 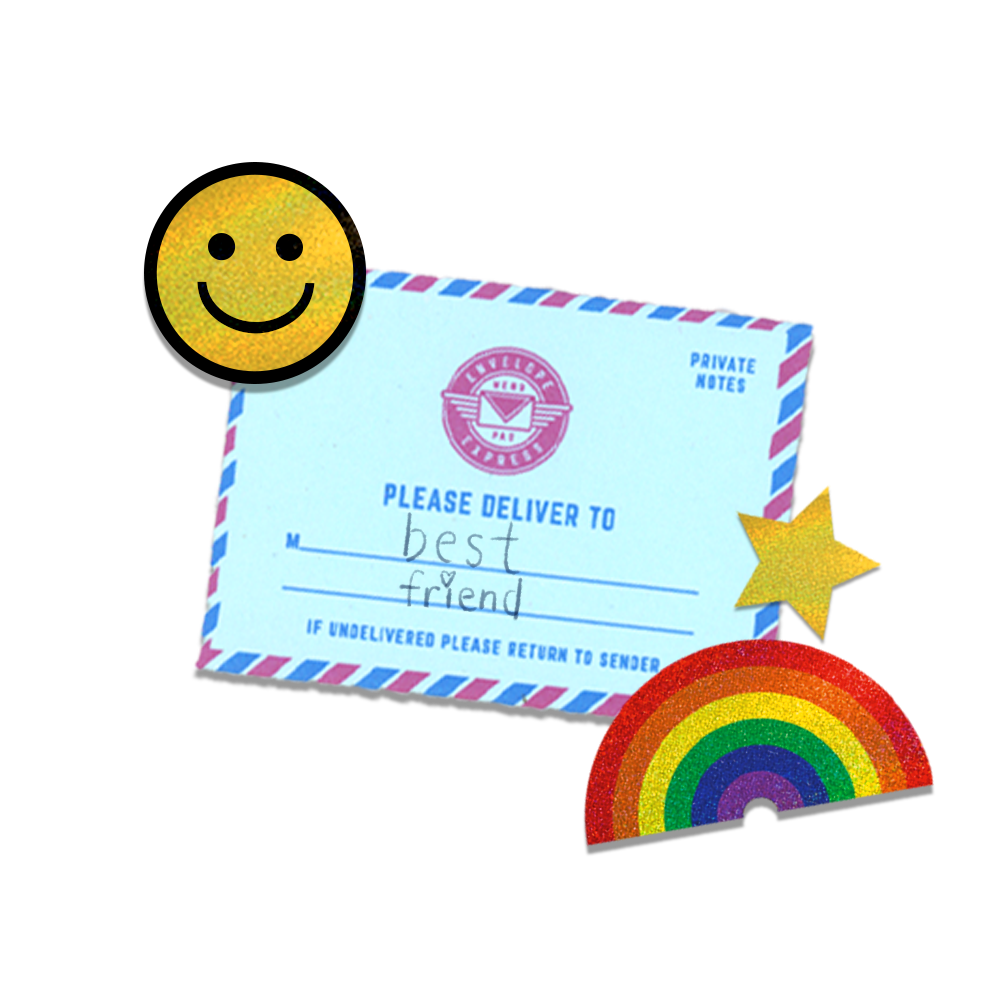 She said during the pandemic, we might need to do a little extra work to find those people. “We might need to go searching and adapt and find other ways to find these meaningful and important sources of well being.”

Second-year geographic analysis student David Cardenas-Ochoa said he started using RU Friends because he wanted to make new connections outside of his program, especially after seeing the contrasting campus culture between him and his sister who goes to Brock University.

He said that he would always see people hanging out after class when he and his family would go visit his sister in St. Catharines, Ont., but he doesn’t feel the same experience at Ryerson.

According to a StudentMoveTO report from 2015, Ryerson had among the highest average one-way commute time to campus among universities in the Greater Toronto Area.

According to the survey, 60 per cent of respondents reported their commute discouraged them from participating in campus activities and events. Since Ryerson is largely a commuter school, students like Cardenas-Ochoa might experience a lack of on-campus culture.

“No one wanted to stay at school, everyone just kind of wanted to leave,” he said.

To try and compensate for that gap, RU Mine released an update which allows users to enroll themselves into a class-based group chat, or create custom group chats.

Even though usership has exploded on the app, not everyone has been finding it as useful in creating lasting friendships.

Second-year language and intercultural relations student and content creator for RU Mine, Kareena Bhatia, said that a lot of people put up memes or blank photos on their RU Friends profile instead of an actual photo. She finds that this makes it hard to have a genuine connection with them. While she used the app often in the beginning, she soon got busy with other obligations and moved on due to a lack of conversation on the app.

“I stopped getting notifications because no one really texted me and then I forgot about it,” she said. “I feel like it's because people have social awkwardness or anxiety going on and I understand that.”

“But that also makes it hard for me, because when I talk to someone, I need to know how the person looks to have some understanding of [their] identity.”

Regardless, other students still find the app to be a place to form genuine connections due to a lighthearted and amiable online culture.

“I haven't met anyone who's been mean or close minded. Everyone's just been friendly,” said Cardenas-Ochoa. “You could tell with some people, they genuinely want to keep being friends.”